On Thursday 9th January a West Riding Girls Football League U15s representative team took on the touring Wanderers Australia team under the floodlights at Brighouse Town. The Wanderers, who hail from all corners of Australia, were playing their sixth game of a tour of France and England. The WRGFL squad was made up of girls from Kirk Deighton Rangers and Brighouse Juniors, and it was pleasing how well the girls bonded as they came together to represent the league and their country. 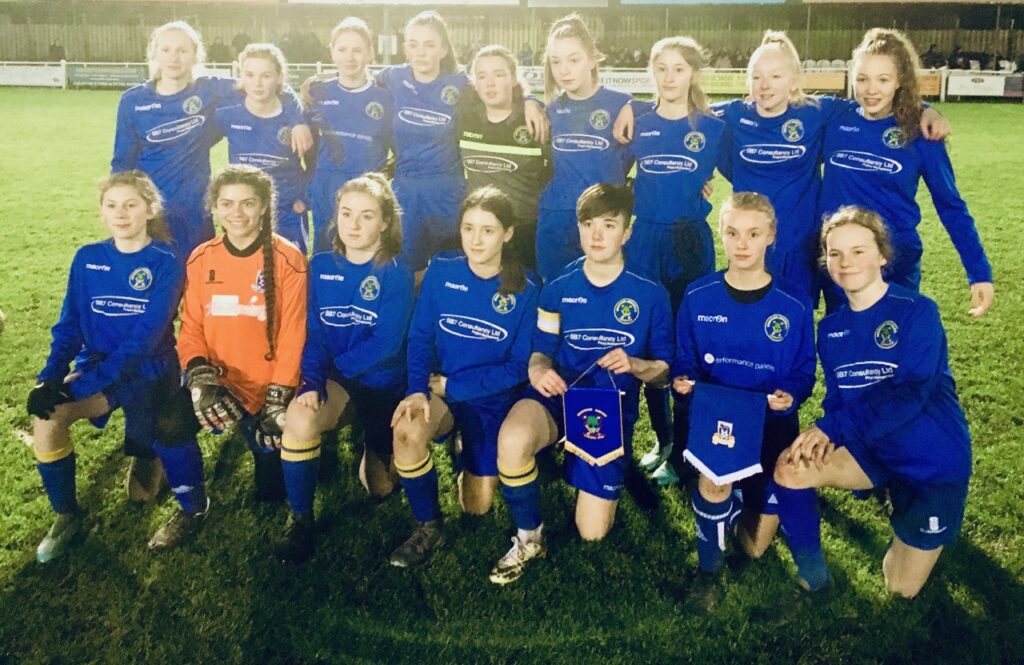 WRGFL started well taking an early lead but as expected the Australians fought back to equalise. It was a very competitive match with strong challenges and excellent flowing football played by both sides. WRGFL retook the lead to head into half-time 2-1 ahead. The second half was played in the same manner with both sets of players determined to win. The size of each squad meant lots of changes throughout the game but the high quality of the football never dropped. WRGFL scored an excellent third goal and then put some daylight between them and the Australians with a fourth. The Wanderers never gave up and pulled it back to 4-2 but the WRGFL victory was sealed with a fifth, and the final, goal of the match. The game was played in a fantastic spirit and this continued in the clubhouse afterwards where the girls shared a much earned dinner. Wanderers Australia very kindly provided antipodean themed gifts to the WRGFL girls as mementos of a great night of international competition and camaraderie.

Our thanks to the WRGFL for organising the match, Brighouse Town for hosting, and the girls from Brighouse and KDR for impeccably representing the league. We wish Wanderers Australia all the best for the rest of the tour.