We pride ourselves on having fantastic multi-sport facilities at our Grange Park venue which enable to us to provide a great environment for players of all abilities to learn and develop their football skills. We operate within a relaxed and family orientated environment and count ourselves privileged to enjoy the support of families and local business within the Wetherby community.

All our players are given the opportunity to play football at a level appropriate to their age where they will be coached by our experienced and qualified coaches. Those showing talent will be encouraged to progress with their football through our links with our Senior Football Club and professional clubs in the area.

We have recently developed the Grange Park Club House, as a shared facility with our Rugby and Cricket colleagues, and have some of the best facilities in Yorkshire for Junior Football with the provision of Club House bar, catering, function rooms and changing rooms. The Club House can also be hired for meetings or private parties - click here for details

We would be delighted to hear from you if your child would be interested in joining us or if you are in a position to support the club’s development. Please get in touch, all our details are below. 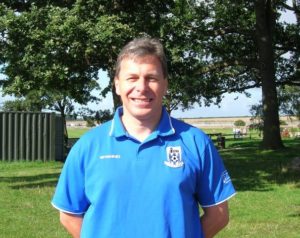 KDR are affiliated to the Harrogate & District FA and the West Riding County FA. Teams from the club play in the Harrogate & District Junior Football League (U10-18s) and the Harrogate & Wharfedale Friendly League (U8-9s). Over the years the club has enjoyed considerable success in the local league and cup competitions. Seven teams from the club have reached County FA semi-finals, but only one of these has made it to the Final; unfortunately losing on penalties after conceding an equaliser in the final minute of normal time. A great achievement.

At a local level, boys from the Club have represented Harrogate & District FA Representative sides and in recent years six have played in WR County FA Representative teams at U16 level (Gavin Trotman, Dominic Hines and Dave McKay) and U18 level (Jonny Webb, Sam Rushforth and Ben Birt).

​The Club is well organised and holds the FA Charter Standard Development Club Award. We have a reputation for sportsmanship and over the years have received a number of fair play awards, including one from the WRCFA, being presented with our award by Geoff Thompson, Chairman of the FA at the Galpharm Stadium (Huddersfield).

KDR has established links with a number of Wetherby schools including Deighton Gates, St Joseph’s and Wetherby High School. The Club has organised an annual tournament for Primary Schools in the Wetherby area since 2007.